Disclaimer: This post contains affiliate links for which I earn a commission.

Note: Before starting, click here to open a new tab in Amazon to search for any tools or equipment that you might need.

Tankless water heaters have several benefits, including providing hot water on demand, high energy efficiency, small space requirements, and more. However, there are different systems in the market, and these differ in terms of operation, capacity, efficiency, and other features. In particular, for gas-powered systems, there are condensing and non-condensing tankless water heaters. And these have some differences as well as similarities. As such, to make the right choice, you need to understand how each type works, benefits, cost, and other issues.

Before we look at each of them, let us first see how a gas-powered water heater works.

Other than the energy that heats the water, the tankless gas-powered water heaters produce hot vapor as a byproduct of the natural gas fuel. That is, during combustion, natural gas gives a certain amount of energy. However, some of this does not heat the water and exits as hot exhaust gases. The difference in how the heater handles the hot exhaust gases determines if the system is condensing, or non-condensing as explained below.

The non-condensing models usually release the hot exhaust gases to the outside. However, the condensing units recycle and utilize the thermal energy before releasing it as condensate water.

To help you understand the different types of water heaters, here are the details.

What is a condensing tankless water heater?

Condensing water heaters are systems that recycle the waste energy from exhaust gases. It then uses this energy to preheat the cold water. A condensing unit will first extract the heat from the exhaust gases before releasing them to the outside. First, the cold water passes through the exhaust system that preheats it before going to the main chamber. Afterward, the partly heated water passes through the primary heat exchanger that heats it to the desired temperature but using less energy.

After recycling the extra heat in the exhaust gases, the condensing water heater vents out the vapor that is at a lower temperature. Since the vapor is cooler, at about 100 degrees F, it does not require the expensive stainless steel venting. In most cases, it only requires standard PVC pipes, such as 40PVC/CPVC, which can withstand the steam’s heat and corrosiveness. On the other hand, the non-condensing model has much higher temperatures and requires costly stainless steel for venting.

In practice, the unit condenses the exhaust gases within the system. Afterward, the system neutralizes the condensation water by a dilution or filtration process before draining it to the outside.

By preheating the water, the system will require less heat in the main chamber to reach the desired temperature. And this results in less energy use. That is, the heater will operate at a lower BTU while achieving energy efficiency of over 90%.

Generally, the condensing tankless water heaters are similar to the non-condensing models. Both of them usually release exhaust gases, but the condensing model usually captures them before exit. They then redirect the hot gases to a secondary heat exchanger that preheats cold water before it goes into the main chamber.

The above processes deliver various benefits, including but not limited to;

The design of the condensing water heater ensures that you extract a significant amount of heat from the waste exhaust gases to preheat the water. Consequently, the operation results in reduced fuel, higher efficiency, and savings on heating costs.

Other than their lower cost, the condensing gas tankless water heaters have efficiencies of over 90%, while the non-condensing achieves about 80%.

Purchasing a condensing water heater alone will you cost 2 to 3 times more compared to the traditional water heaters. Even with its lower installation costs, the total amount will still be higher than that of a conventional heater.

The condensing water heaters are usually high capacity with a typical 55 gallons or more. As such, they are suitable for high-demand applications and are therefore bulky sized such that you require much bigger space for the installation.

If you are replacing an existing non-condensing heater, the condensing models require quite some reconfiguration. You have to ensure that the existing systems such as the gas lines, ventilation alignment, and others will support the condensing water heater. As such, you may have to incur additional costs to ensure to upgrade the various components.

The non-condensing models are the most basic gas tankless water heaters. Most of the installed tankless gas water heaters are non-condensing. They have one heat exchanger and usually release hot exhaust gases to the outside. In practice, the temperature of the exhaust gases can reach about 300 degrees F or 150 degrees C. At these temperatures, the gases have a very high corrosion potential.

Usually, when the gases cool down and condense, they form acidic water that is corrosive on most metallic surfaces. As such, venting the host gases at such high temperatures requires the use of corrosion-resistant channels that can also withstand the excess heat. Typical non-condensing units use non-corrosive metals such as stainless steel for the venting system.

Since it does not have a secondary exchanger, the non-condensing water heater requires less installation space unlike the condensing. As such, you can install it in tight spaces.

Venting away the excess hot gases removes the excess heat from the heat exchanger, resulting in a lower rate of corrosion and deterioration, hence a longer service life.

The non-condensing water heater requires costly venting of stainless steel to withstand the high temperatures and corrosiveness of the exhaust gases.

Usually, non-condensing has an energy efficiency of about 80%, which is lower than for the condensing systems.

Condensing vs. non-condensing tankless water heater – which is better?

To determine what works best for you, here is a comparison of the main features of the two types of water heaters. Below are some areas where the two water heaters differ or have similarities.

If looking for the most efficient system that will help you save on energy bills, the condensing unit has 90% while the non-condensing has 80%.

Which heater is cheaper?

The condensing water heater is more costly due to the extra heat exchanger. Additionally, the additional components and processes may result in higher maintenance costs. However, the savings in energy bills may balance out in the long term. Non-condemning is usually cheaper to purchase but wastes more energy and may turn out to be more costly in the long term.

With proper maintenance, gas-powered tankless water heaters can provide you with a service life of more than 20 years. Each of the two water heaters requires maintenance and, over time, replacement of some parts that may wear out or degrade due to corrosion and other operational issues. In particular, the pipes for condensation in the condensing units may degrade over time. Similarly, materials in the vent and exhaust systems of the non-condensing are equally at risk.

Which is more environmentally friendly?

Each of the two types of gas tankless water heaters releases some toxic vapors into the air. Although the amount is negligible, it is still a drawback, of which it is normal for systems that use natural gas as fuel. That said, condensing units are more environmentally friendly since it releases less harmful vapor compared to non-condensing.

The purchase price of a condensing unit is usually higher than an equivalent non-condensing model. The reason is partly due to the extra heat exchanger. However, the installation cost may be lower due to the use of cheaper venting. Additionally, the savings on the energy bills in the condensing unit makes them more cost-effective than the non-condensing water heaters in the long term.

Whether to choose a condensing or non-condensing water heater will depend on the preferences and needs that differ from one customer to another. While we cannot say which of the two types wins, we prefer the condensing models since they are using innovative technology and has the potential to improve further with time.

Watch the video to learn more.

Click here to open a new tab in Amazon to search for any tools or equipment that you might need. 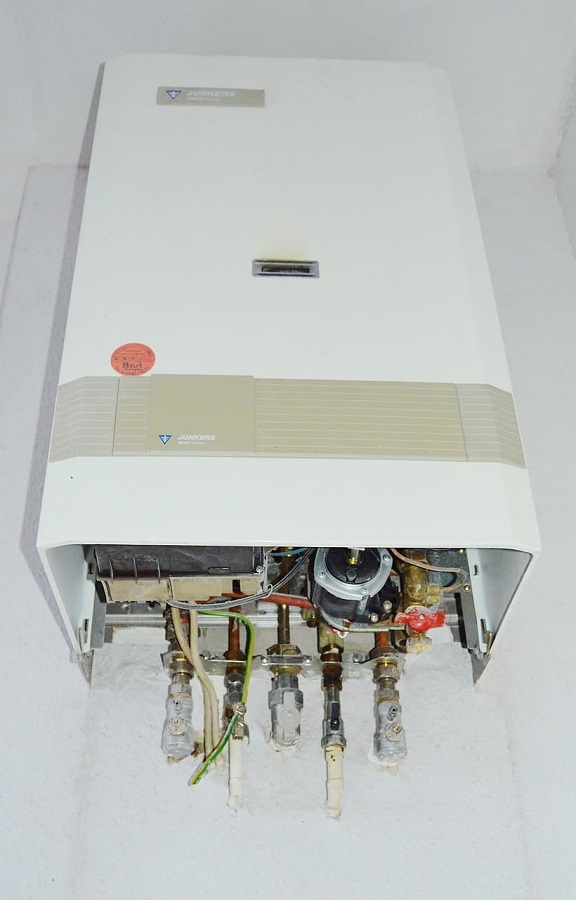 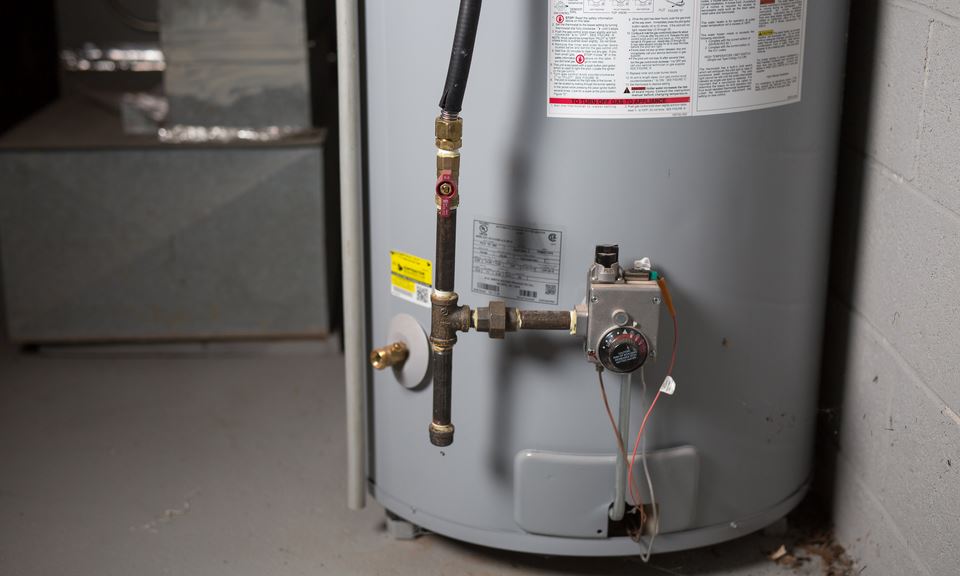 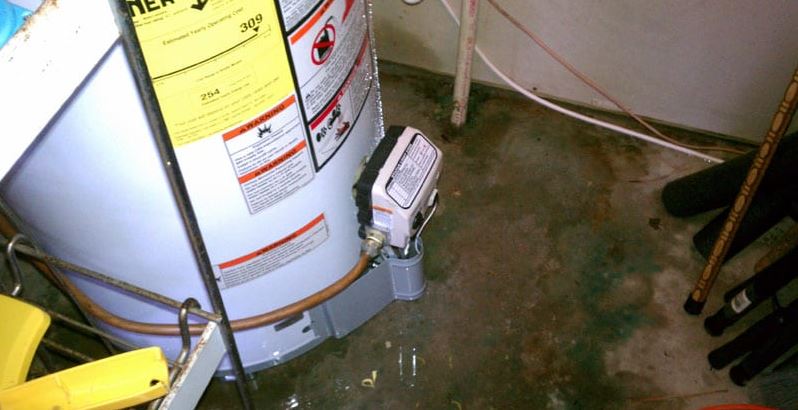